Why Chickens and Children are Great Companions

← back to blog home page

My family is coming up on our fourth year of raising chickens. The experience has been much more rewarding than we had initially anticipated. I thought they would stay in their coop and we would occasionally get eggs and that would be about it, which I was totally fine with. But, after watching everything my children have learned through the experience, I don't think I will ever not keep chickens. Not only have my children learned so much from the experience, they truly enjoy the time spent with our hens. Here are just a few reasons why chickens and children go so well together.

Initially, I wanted to keep chickens to take a more active role in knowing where my

family’s food was coming from. This has transferred into a great lesson for my children. Although they are just two and four years old, they understand that there is more to food than just a grocery store, and to me, that is so important.  My four year old quickly made the (sometimes heartbreaking) connection between the animals outside and the food on our plates. Even though we do not raise our chickens for meat, we have had to have the conversations, and he knows that an animal had to give its life for him to have his meal. Because he knows first-hand what a chicken’s life looks like, these conversations are teaching him gratitude. We have talked about the steps it takes and the labor involved in bringing food from farm to plate, and we have said thank you to our hens when out collecting our eggs. My two year old daughter doesn't fully understand all of this yet, but she does enjoy collecting eggs and taking them straight into the kitchen to prepare a meal.

When first bringing our chickens home, I quickly realized that our son was more interested in the chickens than I had originally thought he would be.  When he and his younger sister were old enough to pick them up, I made it a priority to teach them how to handle the chickens with respect and care.  Learning to treat a creature with respect is a lesson that will carry over into all of life's interactions with different animals as well as our interactions with other people. Thankfully, our children have been very receptive to these things, but the word “gentle” is not so easily translated to a toddler when it comes to collecting eggs.  Both my son and daughter have gone through an egg breaking phase.  My son was more of the “launch and watch explode” type, while my daughter was more interested in cracking them open in her hands.  Thankfully, those broken eggs didn’t go to waste, and the chickens (or occasionally our dogs) ate them up, shell and all.

Caring for any animal is a great way to teach a child responsibility.  It is always exciting to a young child to walk outside with a cup full of feed and see their hens come running towards them, ready for their meal.  All kids delight in checking the chicken coop to find an egg waiting for them.  This task is so rewarding that we often have the neighborhood kids begging for the chance to take part in it. My children are not yet at the age where we ask them to change out the hay in the coop, however, that chore isn’t far down the road.  While I don’t ask my kids to be the ones who perform these tasks daily, they see that they need to be done continuously in order to properly care for our girls.  My son took his responsibility so seriously, that on a few occasions, he would sneak a hen into the house during cold weather.

The hardest part of keeping any animal is getting attached to them, and the recognizing the reality that they will die.  Teaching children about death, in my opinion, is one of the more important reasons to get a young child a pet.  The important thing is not to focus on what happens when they die, but instead to make sure they understand that it is natural and to cherish everything that happens before that.  In our family, we often talk about an animal and its life cycle.  Chickens, like any living creature, can die from a multitude of different reasons.  Depending on where you live, chickens can often become prey.  While we haven’t lost a hen to hawks, we have seen them swoop down and take an interest in our flock.  We have lost two hens to one of our dogs, and our beloved Sonny died of unknown causes.  It has helped our kids to learn about the food chain, as well as recognize how fragile all life is.

Everyone knows children do some unexpected things and can create entertaining situations simply out of their curiosity.  Chickens are the exact same way.  They

like to explore the yard, and get into different things.  Combining children and backyard chickens is pure entertainment.  Not just for the children, but for those who get to watch as well.  The hours that I have spent watching my son and daughter follow the chickens around are absolutely priceless. Digging around in the mud for bugs to feed the chickens, as well as trying to catch them, are two of my children’s favorite activities.   The chickens also love them, and readily standby to receive any treats they may dig up.  Sometimes, the kids will go to pick up a hen and she will run off, too quickly for them to follow. But, once the kids give up and go do something else, the chickens are soon following close behind, forever curious in what they are doing. 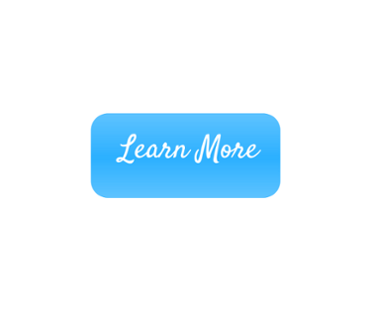 Get homestead blog updates sent to your inbox!